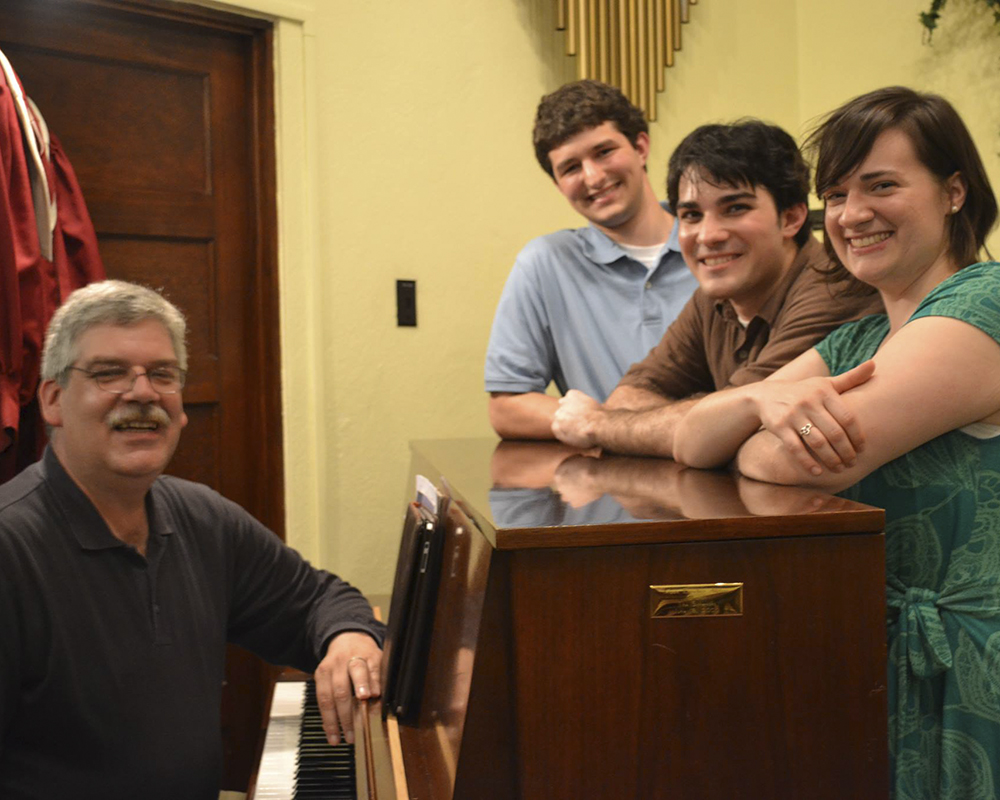 The recording sessions for A New Day back in September went so well that by the end of the sessions there was talk of recording another CD here at Garage Mahal Recording Studio. After some emails back and forth, more sessions were booked for the beginning of November. This time around the focus would be on the group’s regular repertoire of inspirational (but not necessarily holiday related) material. The group was thrilled at this, as the sessions for the first CD were tough on them. For that first disc they were performing a lot of specific requests by Cap Mona (Executive Producer), and thusly sight-singing material they were not completely comfortable with (though truth be told, they really rose to the occasion.)

Jim, Andrew, Ben and Cindy arrived at the recording studio at 10am, bright-eyed and bushy-tailed, having flown in the night before from various locales. I was more or less the same, but then Jim the Musical Director told me that they needed 3 or so hours to rehearse and didn’t need me until about 1pm. This gave me some time to attend to some recording studio business.

Once 1pm rolled around and the gang was ready, we dug into the session. Setup was the same – the group in a circle with the null points of the microphones arranged to minimize bleed. While things went pretty smoothly the last time, this time things went decidedly better. The group was just, “on”, if you know what i mean. I attribute it to the material, which they knew like the backs of their hands. Everyone rose and fell together, and there was lots of energy.

After the recording sessions were over, the project was put on hold. It was decided that I would not need to tackle mixing until the spring, as the team was pretty booked up with distributing and promoting the holiday CD. However, that plan changed abruptly: in February, Cap decided he wanted to get the ball rolling again and needed the discs in a few weeks.

So once again I was mixing on a tight deadline, but fortunately, these mixes went a lot quicker, as there was a lot less “fixing” to do. The most time consuming part of the first disc, setting up automation, was pretty minimal this time around, the performances were so in sync. As a result, revisions were few and I had no problem hitting the deadline.

Like so many other successful recording sessions, this project was a testament to rehearsal and knowledge of material. When musicians are really on, the performances shine, and my job is easy. If you think you’re ready to record and give it your all, call or email us today.