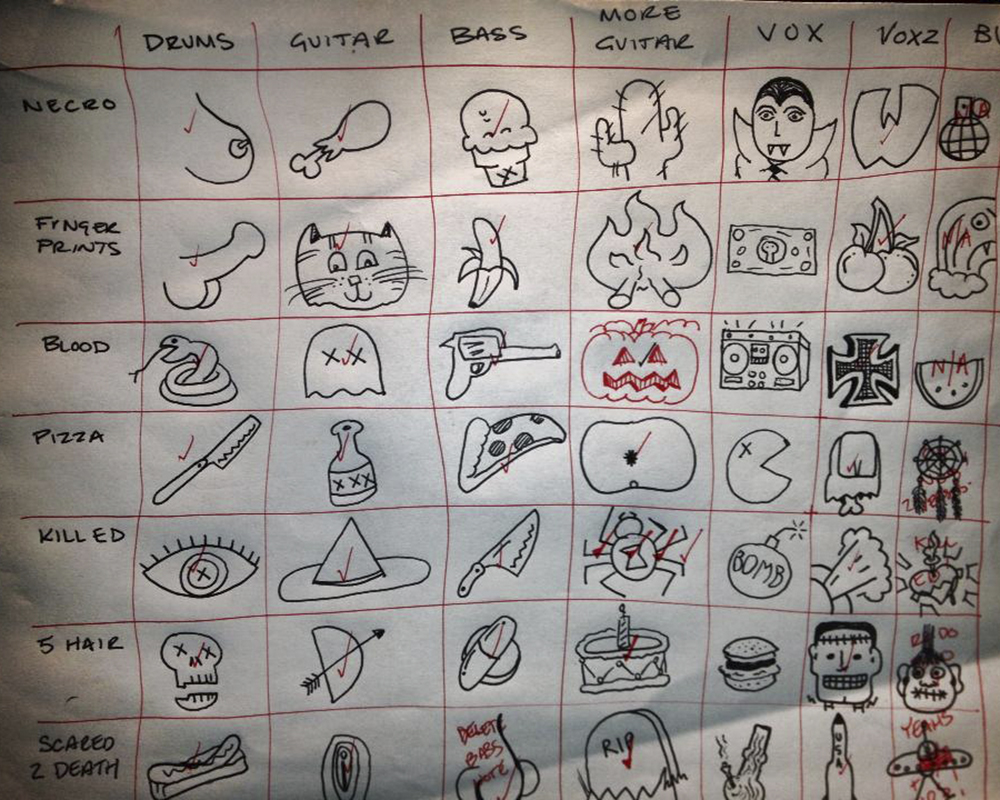 It’s been a while since the last blog entry – once again due to Garage Mahal Recording Studio being so busy. But I can’t complain about that, can I? There’s a bit of a lull in recording sessions right now so I have time for this new update.

To finish their new cd Corpse in the Mattress Motor Lodge, Covered in Bees returned to record 7 more songs. Modus operandi was pretty much the same – blow through all the recording (including vocals) in 8 hrs, and mix later. This time I was not caught off guard by this, as I knew from the last time that they could pull it off. Since I was trying to make this and the previous recording session sound as similar as possible, the setup was the same, drums and all the players in the main room, amps in the booths, vocalist Boo overseeing everything from the control room. Once again guitarist Doug brought the Genz Benz guitar amp and once again it sounded awesome.

One thing that was different was that Tristan drums, once miked up, sounded better than usual. Miking technique was the same. Tristan insisted it was because he was playing better – apparently he was sick during the last session. (could have fooled me at the time – he sounded great.)

At one point we got an inside view at Doug’s skill as a guitar player, while he doubled a minimally accompanied guitar track in one take, his timing is that good. Later, he composed a harmony part to a guitar solo with no practice run, just did the math in his head and I hit RECORD. First take came out great – a keeper.

I think the musical highlight of these recording sessions was the song “Why did you kill ed?”, a very funny tale of Boo interrogating and accusing Doug of killing his brother and bassist Ed. The track features a bit of a 50’s groove complete with triple-tracked do-wop harmonies. Very entertaining.

I have a policy of never recording during thunderstorms. (One time i did and a power surge took out my hard drive, and I learned the valuable lesson that no surge protector will stop a bolt of lightning.) As a storm was coming during the final vocal takes, I requested we finish up the next evening, which the guys all agreed to. They returned on monday and everything was completed within the hour.

After a few days respite, mixing commenced. I did my best to match the new mixes to the mixes of the previous session. I think I got it not dead-on indistinguishable but close enough.

Once the mixes were approved, the files were sent to Scott at Scott Elson Mastering, who did his usual top-notch job. At present the band is reviewing the finals and working on the spoken-word part of the release (Like I said, it’s like an old radio drama with music and dialog.)

Ok, thanks all for now. Check back soon for updates on recording sessions with Afterblack (alternative rock), The Bedbugs (punk), and A New Day (christian/inspirational). See ya!